District Central most affected by coronavirus in Karachi: report

KARACHI: District Central in Karachi has been most affected by the spread of the coronavirus in the port city so far, according to a report on the contagious disease published by Daily Jang on Thursday.

The central district, which comprises the areas of Gulberg, North Nazimabad, Liaquatabad, and North Karachi, has registered 89 cases of the deadly epidemic so far.

Also read: Coronavirus updates, March 26: Latest news on the coronavirus pandemic from Pakistan and around the world

In District East, which comprises the areas of Gadap, Gulshan-e-Iqbal, and Jamshed Town, 45 cases of the novel coronavirus have surfaced so far, making the area the second-most affected by the disease in the city.

District South has confirmed 41 cases of the virus, while District Korangi and District Malir have confirmed one and three cases of the disease respectively. The total number of cases in Karachi, according to these numbers, stands at 179.

In Pakistan, the number of confirmed cases of the virus surged to 1,081 on Thursday morning. Eight deaths from the deadly infection have so far been reported in the country.

Also read: No one will be allowed on roads after 8pm: Sindh home dept

Globally, 196 countries have been affected, more than 21,000 people have died and more than 470,00 infected by the disease as it spreads rapidly to new territories.

The epicentre of the outbreak has now shifted to Europe, especially Italy, which is recording a rapid rise in new cases and deaths every day. 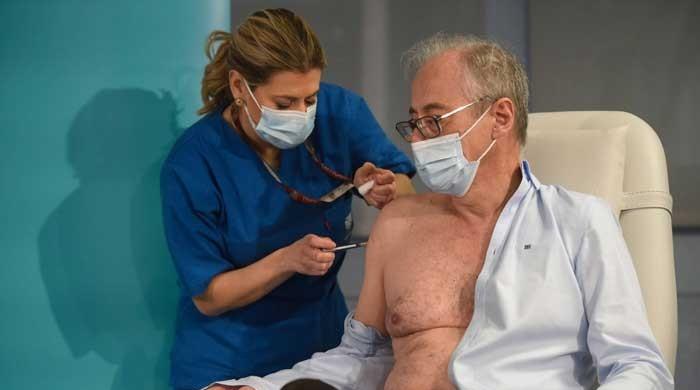 5 terrorists, including man behind 17 attacks, killed by security forces in N Waziristan operation

All parties should sit together and decide Senate election votes, says Sheikh Rasheed